Am very sad to hear Ben Daglish passed away


If you find the M.A.M.E. files you were looking for and found this page useful, please consider a donation. This PayPal button also works with bank cards.

Do you remember times, when composers like Rob Hubbard, Martin Galway, Ben Daglish, Tim Follin, Jeroen Tel, Mark Cooksey, Jonathan Dunn and Chris Huelsbeck did magic on an 8 bit computer called Commodore 64, creating awesome chiptunes? Most of us might have sold this 8-bit micro by now, or it collects dust. But the sound of iconic video game music won't get out of our mind.

If you want to hear a chiptune on your PC or Mac, you'll need a player. For example VLC (Videolan media player), which you might already have installed. It also exists for Android devices. You can create a playlist for convenient SID listening on the way.

This webpage contains a collection of some of my favorite SID tunes, allowing retro gamers to download Commodore 64 music.

Although many companies faded by now I added Wikipedia links to them. It might be interesting to see if they still exist or what ever happened to these vanished.

Warp to a certain year

I took the year, title and copyright dates from the tunes. I don't know if they are correct.

The emulator is NOT for these SID files above! 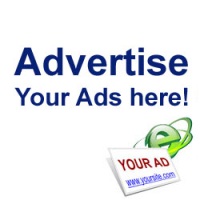