Please consider a donation if you find this page useful.

Welcome retro gamer! If you came here asking yourself Where do I get latest MAME ROMs?, you came to the right place - sort of. Yes, you can get them here, but while it's far from complete and the emulator receives updates every month, I update the images only once a year. If you want to be up to date better find yourself a full set elsewhere. Rolling into the 2020s there shall be some new files coming up soon.

What MAME ROMs work with the RetroPie?

You can find and download my favorite MAME roms from arcade video game here from the mid 1970s to late 1980s in one place. You'll need an emulator to play these games (les jeux vidéo in French, Videospiele in German, giocare ai videogiochi in Italian, videojuegos in Spanish or jogos de vídeo in Portuguese. The rom set here also work with the RetroPie - Retro-gaming on the Raspberry Pi, the GPD XD Plus or any other machines with a built-in software. Have a look at Mameui.info for a M.A.M.E. arcade emulator for various operating systems. If you run Linux, different UNIX flavors or MacOS, there will be MAME packages in your software manager already available. To use these romsets in other operating systems, especially Windows, you need to find, download and install a rom pack from 2022 manually. Search Google for something like mame32.zip or mame64.exe suiting the CPU of your computer. There even exist apps for Android. Although I cannot find any apps for the iOS (Apple's iPad oder iPhone). Also have a look at Retrogames. When M.A.M.E. is installed, download MAME roms from here and move them into a directory called roms inside your installation directory. Do not unzip the romset! Btw., this is not a MAME rom torrent page. Please look elsewhere.

If you use an adblocker in some cases you won't be able to download any of the files. Please consider to deactivate your adblocker and refresh this page to be able to enjoy retro arcade games.

How to install roms on the RetroPie?

Since the RetroPie is based on MAME the procedure is almost identical. After getting your favorite file find a directory called roms in the path the emu was installed and drop then there. Restart the emu if it ran while adding them. and enjoy some vintage gaming!

What is the RetroPie and RetroArch?

They're not a simulators. Al least the main parts of the machine aren't simulated. Although some machine offer floppy sounds and other "ear candy" which are done by simulation. Although the newest versions have a graphical user interface (GUI) built-in you might want to hunt for front ends offering more convenience. But, as it is with most open source projects, the classic video game lover has the choice to use third party front ends, like RetroArch, HyperSpin, GameEX, LaunchBox, Emulation Station and many more.

I am 56 years old. Decades have passed since I discovered MAME in late 1997. The acronym stands for Multiple Arcade Machine Emulator When video game files for arcade games spread over several other fan pages I also decided to create this page in the year 2000. Because I couldn't find any fan page having screenshots or photos of the games at this time. Might have been around the year 1998 when nostaligia kicked in and I suddenly felt the urge to play Galaxians and Galaga again after decades. Some enthusiast wrote simulations of these games but they were far from the orginals. On a phone call with a friend I asked him if he knew better versions of theses games and he asked if I ever heard of MAME. That's how it all started. Was happy as can be.

Nicola Salmoria and The MAME Team had the great idea on December 24th 1996 to create an emulator for the famous arcade games found in arcades in the mid to late 70's to today, making it possible to now re-play vintage and retro games. This page contains photos (screen shots) of all the games I gather here. This collection is my personal preference. Games I used to play when they came out to the arcades back in the day. Thus only a fraction of the games available for M.A.M.E.

"The idea behind its existence is educational purposes and to prevent many historical games from sinking into oblivion once the hardware they run on stops working. Of course to preserve the games, you must also be able to actually play them; you can consider that a nice side effect." (taken from the readme.txt file).

You are not allowed to distribute MAME in any form if you sell, advertise, or publicize illegal CD-ROMs or other media containing ROM images. This restriction applies even if you don't make money, directly or indirectly, from those activities. You are allowed to make ROMs and MAME available for download on the same website, but only if you warn users about the ROMs's copyright status, and make it clear that users must not download ROMs unless they are legally entitled to do so.

If you really like playing these games then you might like the authentic feeling that playing on an arcade machine can bring that can't be reproduced on your PC. Standing at the cabinet, using the microswitch joystick and buttons, looking at the arcade monitor. Nothing beats this.

You can actually build your own, using woodworking skills or you can buy from companies the various parts that you need, like the marquees that display the name of the game to the sideart that is displayed on the side. These cabinets can contain either an original Jamma harness (for attaching real arcade boards) or a computer so you can run MAME on the cabinet. But then there are retro consoles and cabinets...

In the second half of the 2010s relativly cheap made mini cab consoles popped up at electronic retailers and even Walmart Tesco or Kmart if available in your country. These mini cabinets are usually made of plastic and use emulation. Next to classic video games they often also emulate the (Super) Nintendo Entertainment System, also known as NES and SNES, the SEGA Dreamcast, Game Gear, Master System, SONY Playstation and other retro consoles. Take a tour at some local retailers on Black Friday, Cyber Monday or Boxing Day and snap one for a good price. But if you are looking for software for home computers like the C64, Atari 8Bit, Amstrad CPC or the Sinclair XZ81 or Spectrum, you are in the wrong place. This website only covers coin operated systems found in pizza parlours, arcades and amusement parks back in the day. Trendy are also the so called "minis", like the Nintendo Classic Mini, SEGA Genesis Mini, C64 Mini and other consoles. Personally I don't like them because they are not the real thing. By the way if you were searching for images like Donkey Kong (Jr.), Mario Brothers and other products by Nintendo, I do not have them here. Do a web search to find them elsewhere.

Some games need audio samples. The games will run without samples but then miss certain or all sounds. Samples are kept in another directory than the roms-images. Keep that in mind because otherwise you might overwrite a rom-image with its sample.

Files here are (sometimes modified) original dumps from hardware chips of the machines with most being considered abandonware. This collection focuses on the golden era from around 1978 to 1989. The newest game here is from 1997 with only a few more files from the 90s. If the 70s or 80s were your decade when you discovered electronic gaming in your town you should enjoy going through the suggestions. You might rediscover long forgotten memories.

Below you find my favorite game image files for download. But if you are looking for a complete romset you're in the wrong place. These file dumps are of version 0.221 from a full merged set; all games should thus be self contained. This means files here are outdated! I will update them eventually, although I cannot predict when.

Did you know, that some versions of the emulator have a network option, enabling two or more players in the LAN or even the internet to play together? Candidats are Fightcade and Kaillera, while MAME itself seem not to support network play. Setup should be easy enough in a LAN. For WAN, for example via an internet connection, at least the user of the "master" computer (the other - client - connects to) must know his or her public IP address. This article describes the problem and also reveals the user's public IP address. The master then just starts the emuator and enables the networking play option and tells the client(s) his or her public IP. 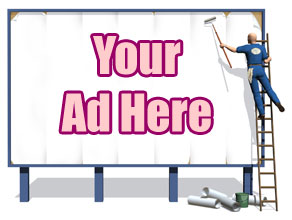